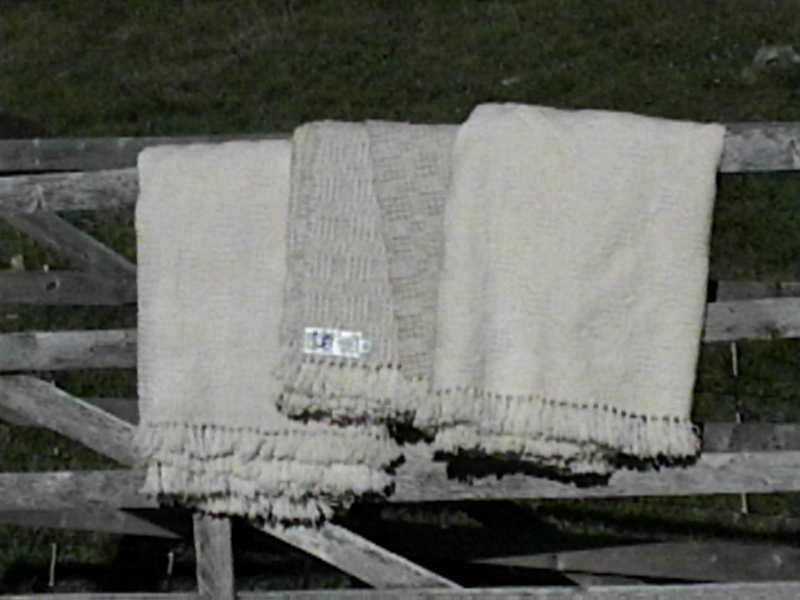 The Maple Ridge Coverlet is made exclusively of Shetland wool grown on our farm. Our Shetland sheep are the first Shetland sheep to be imported into the United States. Our fleeces are carefully processed into yarn at the Green Mountain Spinnery in Putney, Vermont. The coverlet is hand crafted by a skilled artisan on an antique loom to reproduce vintage quality as closely as possible. Each coverlet is one of only thirty created. This blanket captures the rich texture of a traditional coverlet, provides loft without bulk, and enhances the creamy, natural beauty of the wool.

The Maple Ridge Coverlet is available in two variations of the same woven pattern in:

Return back to the home page